They're Playing Our Song

America’s premier funny man, Neil Simon, and the Tony Award-winning composer of A Chorus Line, Marvin Hamlisch, collaborated on this hit musical. Directed by Dan Sharkey, They’re Playing Our Song is a funny, romantic show about an established composer and his relationship with an aspiring young female lyricist. Professionally, their relationship works beautifully, but ultimately leads to conflict on the home front. Of course, there’s a happy ending! Book by Neil Simon, music by Marvin Hamlisch, and lyrics by Carole Bayer Sager. 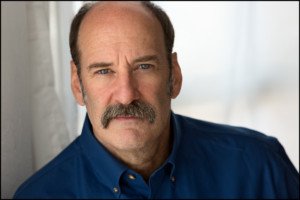 DAN SHARKEY has directed productions of The Producers, On Golden Pond, All Shook Up, Fiddler on the Roof, The Music Man and more. His direction of The Will Rogers Follies and Grand Hotel at Boulder Stage garnered him the Denver Critics Award for Best Musical for both productions.

As an actor, Dan performed in five shows with HHP before moving on to New York. Broadway credits include: Susan Stroman’s The Music Man, Amazing Grace, The Bridges of Madison County, Spider-Man: Turn Off The Dark and Hal Prince’s Show Boat on London’s West End. Dan has appeared in nine Off-Broadway shows and countless regional productions, including playing Sweeney in Sweeney Todd at The Guthrie Theater in Minneapolis. Television credits include: “As the World Turns,” Herb Crocker on “Boardwalk Empire,” many National Commercials, and he is the villain Avery Duggan on “Grand Theft Auto 5, Diamond Casino.” Dan currently sits on the board of Amazing Place Music based in Whitefish Montana.